The Kenwood BM256 bread machine is another cheaper bread machine you will see in the market around you. It is available in less than 100$ but if you buy sensibly it would not cost you more than 60$.

The question in any sane mind arises is when you are spending the money then it is worth the product you have just bought?

What have you actually bought?

Is it a good thing or a bad product which you have bought out of negligence?

You may be thinking that from such low priced bread making expecting very unique features would be a crime. Well if you have such thinking then you are absolutely wrong.

This machine has got some cons no doubt about it but when the debate comes to the positive points of this bread maker then it is guaranteed that this machine is miles better than its counterparts.

There are surely enough programmes in this machine to keep you going. All in all there are 13 bread baking programmes that will allow you to access through and bake various kinds of bread.

The good thing is you will also find the techniques and tricks to make jams and jellies through this bread maker. Let us gaze at some of the features of this bread making machine listed below.

The fast bake function is sublime

The Kenwood BM256 alongside other bread makers also has the capability to quickly bake a loaf in just an hour.  To be more precise 58 minutes is the exact time that this bread maker takes.

There is a problem with the fast bake option you might face and that is the quality of the bread or loaves been made by this. Quality is not completely marred but to some extent the bread loses its taste.

But on the other hand it can be surely handy in case you have run out of bread and need some few for your meal. Moreover, it also reckons that you need fresh baked bread every time then you don’t have to wait for long. 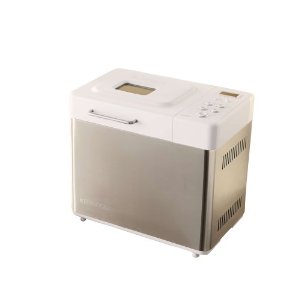 How good is the delay timer in this bread maker?

The delay timing facility is a necessity in every bread maker. 15 hour timer is present in this bread making machine and it can also be very useful although this is just a regular feature for modern-day bread machine.

The meaning of the delay timer is once you have put the material in the bread making machine for the production of bread at night and you want to eat the bread at day time then it is quite possible that you put the delay timer on and savor the bread in the morning. 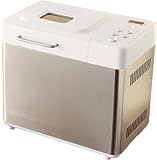 This is also a way to avoid the breads from the market as you can get the fresh bread from your home each day. You don’t have to run to the markets every single market just because you want to eat bread. Home bread makers have permanently solved your problem.

The pristine function of this bread maker “Power restoration facility”

It has an 8 minutes timer that allows the Kenwood BM256 to restart whenever it loses power and this can be very beneficial. Not every other bread maker has got this feature and only a few bread makers have got this. It is very important if you live in the area where there is a lot of power outage. Bread makers have tripped and foundered due to the lack of this feature but this bread maker stands still.

Maybe you have realized there are no extra unique features of the Kenwood BM256 bread maker except for that power outage timer but it still gets to make in the top bread makers.

The truth for this is, the price tag of 60$ which it carries along is not a bad one especially when you are getting plenty of features too.

What people are saying about the Kenwood BM256 Bread Machine

Generally speaking many people are attracted to the BM256 and they believe that it bakes a tasty loaf of breads. Most of the people have praised the blackout timer thing in this bread maker. While the BM256 isn’t the most attractive bread maker in the market well neither is any.

As a matter of fact the bread makers which look good at appearance are always bad at working. People take their appearance as a bait and get pawned. Although,this bread maker is tough and made from stainless steel another thing people have praised.

Another general praise highlighted is that the Kenwood BM256 Bread maker possesses a large number of options – particularly with the low price it has got which is not very normal in the great recession we are facing.